DEJA DONNE _ “A glimpse of hope”

Action, violent passion and humour are the ingredients of the latest DEJA DONNE creation. A Glimpse of Hope does not aspire to be a messenger of any unheard-of message, but wants to be a tragicomical and ironic reflection of actions created by four female performers. Different for their age, morphology and character, they are bringers of dreams with revolutionary aspirations, they deal with ideals of any size – starting from such as changing the world ending with the smallest, intimate and personal ones. These creatures act, meet, put themself in display, to assert individually for unifying themselves later in extreme diversities. The creation is a piece for 4 women strongly inspired by the women movement in the last decades and by the work of female personalities/writers as Jane Austen, Virginia Woolf, Isabel Allende and Georges Sand.

DEJA DONNE was founded in 1997 by Lenka Flory and Simone Sandroni. In the intervening decade they and their collaborators have created some of the most vital, entertaining and telling dance-based productions available to audiences in Europe and beyond. Flory and Sandroni treat heavy themes with a heart-felt yet often ironic light touch. They take what they do, rather than themselves, seriously. 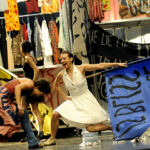 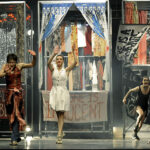 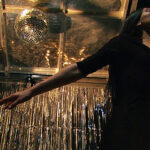 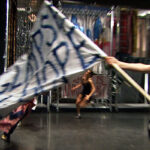 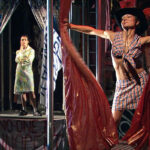