Instrument 1 is the first step of the project Instruments, through which Roberto Zappalà, on the way of his recent choreographic journey, explores the body in relationship with the sound, the noise, the music.

“Instrument 1 <scoprire l’invisibile>”, is a full-evening performance dedicated to the exploration of Sicilian habits and traditions, but in particular to the “marranzano” (jew’s harp), a typical Sicilian instrument often connected to the “mafia” and which evokes traditional sicilian sounds. For this production Puccio Castrogiovanni, leader of the band Lautari, together with the choreographer Roberto Zappalà, made a deep research on the instrument which led to suggestive and original sounds and rhythms. The production has been premièred for the coproducer Etnafest Arte on august 2007 and it is the first step of “re-mapping sicily”, a new journey by Roberto Zappalà which aims at rereading Sicily through his language. On stage seven male dancers and Puccio Castrogiovanni with his “marranzani”. 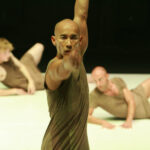 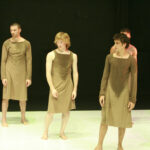 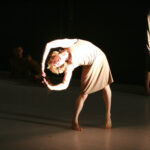 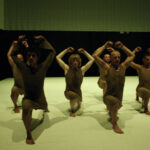