Pilgrim is a physical journey through the mystical sound scores created by Electronic Musician James Holden. It is a reminder of the ancient and enduring kinship between Dance and Music and the deeply transformative qualities of both.

The work is haunted by remnants of folk heritage and pagan     sensibilities shifting between hypnotic and euphoric states. Lucy’s physical vocabulary is irreverent and eclectic; resulting in a variety of perceptual and physical shifts. Coaxed along by Holden’s beguiling and epic rhythms she is constantly questioning and reminding us of why we Dance?

As you watch this work feel free to change your perspective, unfix yourself and languish in the depths of your own imagination. 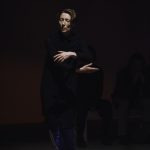 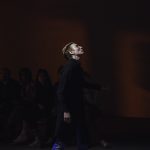