Katarzyna Chmielewska:
After reading any of Boris Vian’s novels, the reality isn’t the same any more. His surreal visions are so tempting and opening that one would love to stay and live in them, irrespective of their bitterness and indefinable sadness. To be like a Senator dog, who lacks just Lapiti to be perfectly happy; or like Lil, who has two beetles specially coached for manicure-scissoring; or dance to Duke Ellington’s hit single “Screw Me”.

Leszek Bzdyl:
1 – it’s the book of my life (I read it for the first time at the age of 22, and since then, I have been identifying myself with the character of Wolf, which has undoubtedly influenced my relation to the world for the next 22 years);
2 – if you love something too much, you go blind and no longer keep distance from it;
3 – we dance, rather than talk, and the whole charm of Vian’s prose is its language, so we need to find similar charms with movement;

4 – because of what is said above, we need to start with Vian, and then try and flee from him to perform an autonomous performance that finds fulfilment within itself.

This is an unpretentious performance with slowly unfolding events, and full of cheerful eroticism. The irony, so typical for the company, is also marked in Red Grass. It’s a tongue-in-cheek reflection on ourselves. 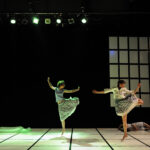 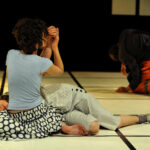 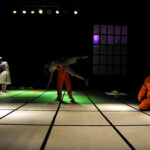 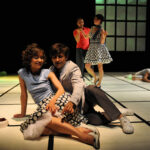 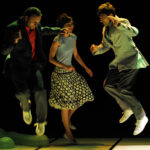