For 25 years, British choreographer and director Wayne McGregor has made choreography that interrogates life through the experience of the body. Now McGregor turns his attention to the body as archive, with a dance portrait illuminated by the sequencing of his own genome. In a continuous reimagining, Autobiography is constantly reinvented; the order of the dance pieces algorithmically-assembled from a collection of 23 choreographic volumes which unfold uniquely at each performance. McGregor is joined by an impressive set of collaborators: electronic musician and producer Jlin, visual artist Ben Cullen-Williams, lighting designer Lucy Carter, artist and designer Aitor Throup. dramaturg Uzma Hameed and software architect Nick Rothwell.

– Winner Gross Family Prize 2018: Awarded to Wayne McGregor and Jlin in recognition of an outstanding new collaboration between dance and music.

“Wayne McGregor turns his life story into dance in a mesmerising, inimitable show based upon his own genetic code”

“Dance can be many things: moving, compelling, funny – but it’s not often it brings a rush of genuine excitement flooding through your veins. Autobiography, with all its

many incredible component parts, has the capacity to do just that.”

“Autobiography is a stunner”

Born in 1970, Wayne McGregor CBE is a multi award winning British choreographer and director, internationally renowned for trailblazing innovations in performance that have radically redefined dance in the modern era. Driven by an insatiable curiosity about movement and its creative potentials, his experiments have led him into collaborative dialogue with an array of artistic forms, scientific disciplines, and technological interventions. The startling and multi-dimensional works resulting from these interactions have ensured McGregor’s position at the cutting edge of contemporary arts for over twenty-five years.

Studio Wayne McGregor is the creative engine of McGregor’s life-long choreographic enquiry into thinking through and with the body. It encompasses his own touring company of dancers, Company Wayne McGregor; creative collaborations across dance, film, music, visual art, technology and science; and highly specialized learning, engagement and research programmes. In April 2017 Studio Wayne McGregor moved into its own newly created studio space at Here East in Queen Elizabeth Olympic Park, a shared space for making where the creative brains of the day can exchange knowledge and invent together.

Company Wayne McGregor is McGregor’s ensemble of highly skilled dancers. Founded in 1993, this was the original instrument through which McGregor evolved his distinctive visual style, revealing the movement possibilities of the body in ever more precise degrees of articulation. McGregor has made over thirty works for the company and today it continues to be his laboratory for ambitious and experimental new choreography, touring his work across the UK and around the world. Company Wayne McGregor is Resident Company at Sadler’s Wells, London.

McGregor is also Resident Choreographer at The Royal Ballet, where his productions are acclaimed for their daring reconfiguring of classical language. McGregor is the first and only Resident Choreographer from a contemporary background. He is also regularly commissioned by and has works in the repertories of the most important ballet companies in the world, including Paris Opera Ballet, Munich Ballet, New York City Ballet, Alvin Ailey American Dance Theater, Bolshoi Ballet, American Ballet Theatre, NDT 1, Australian Ballet, Royal Danish Ballet and San Francisco Ballet.

Wayne McGregor is Professor of Choreography at Trinity Laban Conservatoire of Music and Dance, has an Honorary Doctor of Science from Plymouth University and an Honorary Doctor of Letters from University of Leeds, and is part of the Circle of Cultural Fellows at King’s College London. In 2017 he was awarded an Honorary Fellowship of the British Science Association. McGregor topped the list for dance in The Progress 1000 celebration of London’s most influential people in 2018. McGregor’s work has earned him a multitude of awards including four Critics’ Circle National Dance Awards, two Time Out Awards, two South Bank Show Awards, two Olivier Awards, a prix Benois de la Danse and two Golden Mask Awards. In 2011 McGregor was awarded a CBE for Services

Music by Jlin in partnership with Unsound. 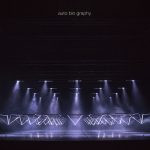 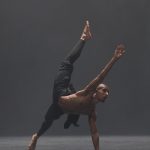 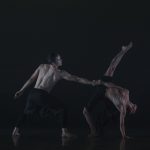 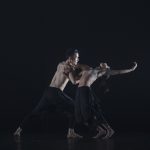 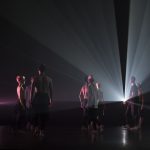 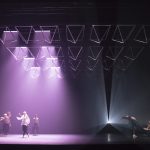 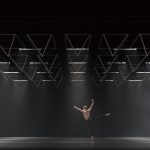 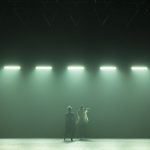 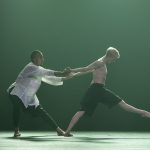 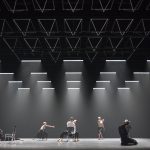 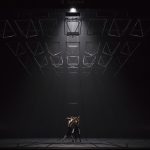 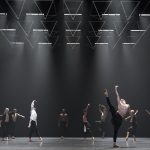 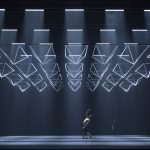 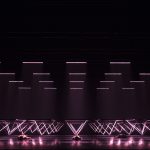 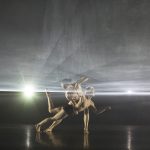