Every Minute Motherland is a dance performance created by Maciej Kuźmiński and devised using documentary methods in response to the Russian war of aggression in Ukraine and the refugee crisis that followed it. The performance was made with a Polish-Ukrainian team including refugees in collaboration with the dramaturg Paul Bargetto.

The piece is inspired by the personal stories of the dancers and based on extensive laboratory work. It explores the effects of trauma, exile, and alienation set against larger themes of war, identity, and the immovable forces of history and geography. With the constant daily background of television and social media where the war plays out in numbing repetition, the piece refocuses our attention on the bodies of the winessess, whose experiences will be released on stage transcribed in motion and time and reaching for the spirit of ritual and myth.

From Mariupol to Kharkhiv, and everywhere else the war has come, culture and artists have been made deliberate targets in an attempt to destroy Ukrainian nation. This project is an act of resistance to these crimes and a statement of solidarity with Ukraine.

The Przestrzenie Sztuki program is financed by the Minister of Culture and National Heritage, implemented by the National Institute of Music and Dance and the Theater Institute of Zbigniew Raszewski. Operator: Materia, partners: the Music Academy of Grażyna and Kiejstut Bacewicz in Lodz, the City Culture Zone, Art Center and the City of Lodz Office. 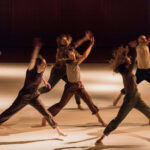 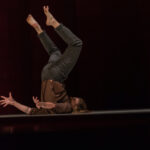