Man: Driven, intelligent and determined. True to himself, he is absorbed by his thoughts. His self-imposed solitude becomes loneliness.Woman: his counterpoint. Observant, analytical and contemplative. On the one hand understanding and admiration for his world, on the other incomprehension and a desire to connect. Bodies without contact.
Bodies in desperation.

I SOLO MENT is an interwoven double solo. A distant, yet loving sketch. Inspiration for the music, composed by Arne Van Dongen, is Nick Cave: the man, his music, his universe. The medium photography, specifically the photographs of Tom Van den Broek, were a source of inspiration for videographer Bernie van Velzen as well as set designer Niek Kortekaas.

“To start a performance with death is asking for trouble. But Van den Broek manages to build the tension to a climax: an even colder ending.” (de Volkskrant)

WArd/waRD was founded in November 2000 to allow Ann Van den Broek to realize her choreographic work. Since then WArd/waRD has (co-)produced a number of productions.

The meaning of ‘ward’, according to the dictionary, reads as follows: n. 1) the act of guarding; 2) the state of being under guard; 3) guardianship, being under control of a guardian;4) a means of defense or protection. In short, in relation to the organization, it is a place where it is safe to congregate and work.

Repeating the ‘ward’ in the  name implies the duality that is always present in the work of Ann Van den Broek. The title is the key to the character of the organization; there is not just one ‘ward’, but there is another: a mirror image, a darker side, a conscience, a sparring partner. 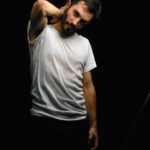 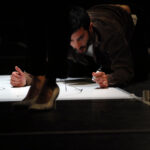 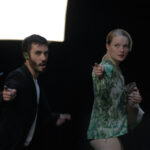 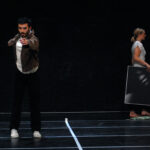 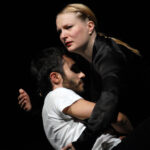