Johannes Wieland and his company johannes wieland, delve into the philosophical realm of lies and happiness with newyou. Featuring five performers and a collaborating videographer, the multi-media Tanztheater performance, newyou, premiered in New York City, June 2008, and subsequently toured throughout Europe. “Wieland examines events that throb with covert passion and violence – cleansing, dissecting, and re-stitching them together as deftly as a surgeon wielding a scalpel and needle,” Deborah Jowitt, The Village Voice. Wieland explores happiness as an emotional state and looks beneath the surface to ask: “…in order to achieve happiness, are we deceiving ourselves?”

johannes wieland articulates and gives shape to the vision of its founder/ choreographer, Johannes Wieland. Wieland’s choreography employs an architecturally driven understanding of bodies, movement and space probing deeply into the human psyche to create an abstract, metaphorically rich repertory for his company. As part of its integrated approach to performance art, the company utilizes a rigorous developmental process to explore various situations of causality. This intense process motivates a close relationship between dancers, composers, designers and other collaborating artists.

johannes wieland premiered in 2002 with a sold-out run in New York City and has since attained reputable acclamation and received several prestigious awards. The company has been presented by numerous national and international venues, in addition to conducting residency programs, lecture demonstrations and guest teaching. 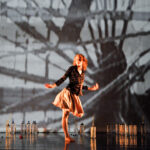 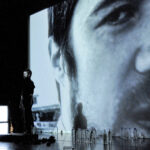 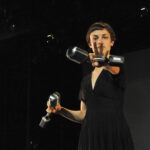